Evidence-based education is the idea that research of various kinds should inform decisions about teaching and learning. It is often conceived of as an alternative to teaching practice which is guided by intuition and/or experience.

An educator's job includes a huge amount of decision-making. For example, what should be taught today or tomorrow? What type of homework should be set and when? How can a teacher maintain discipline and engage their pupils? Evidence-based education aims to tackle these questions pragmatically, based on past findings; it is sometimes referred to as a "what works" approach.

Take the example of homework. A traditional view might be that the teacher should give students whatever they judge to be useful, or whatever is "the way it's done" (or whatever is lying around the office, is quick to mark, or is in the textbook/revision guide!). An evidence-based alternative would be to look at this issue from the perspective of research which has shown that some strategies lead to more effective and durable learning than others. The cognitive psychology of memory, for example, tells us that learners remember more if there is a delay before they practise the material they mastered in class. It also shows that they remember more if they do a closed-book test rather than copying from notes. The teacher may therefore decide to set a practice test after a one-week delay.

The "what works" approach usually refers to techniques or interventions that boost attainment (as measured by some form of test or exam). But evidence could inform many other types of decision – not just homework and memory.

As a model, this borrows from the philosophy behind evidence-based medicine. We would probably take it for granted that a doctor should select a treatment that has been shown by reliable (and replicated) research to be the most effective, rather than be guided by tradition (leeches, anyone?) or their gut feeling about what ought to work. In the same way, it is argued, teachers should look to the evidence rather than relying on their personal preferences or even their classroom experience. This insistence on evidence may have the incidental advantage of making educational practices less vulnerable to fads, such as the learning styles myth.

There is a lot of literature in this field, including both empirical research studies and reviews. For anyone who is new to this area, these are a few very useful publications to get you started. In the main they come from proponents of the idea, but I've also included some key critiques:

Broader than most, the APA's guide includes issues such as creativity, classroom management and growth mindset, as well as strategies that impact on learning more directly.

In this paper, Gert Biesta criticises evidence-based practice and questions the assumption that closely-controlled lab work has ever contributed much to society (!). He argues that it tends to link to top-down approaches where administrators and governments say that strategies work on the basis of lab research, when they may not do so in a specific context. Additionally, the notion of something working doesn't address philosophical issues of who it works for, and to what social end.

Coe et al's 2014 report for the Sutton Trust is useful in that it goes beyond the cognitive evidence and considers issues such as classroom climate, teacher knowledge levels and how teachers can improve. Otherwise, it draws on a similar body of research to Dunlosky et al.

The Sutton Trust also supports the Education Endowment Foundation's 'Teaching and Learning Toolkit', which provides a useful (if rather undiscriminating) visual guide to evidence-based strategies in terms of cost, lasting impact and the security of the supporting research. 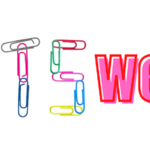 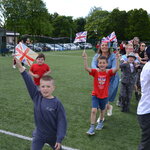 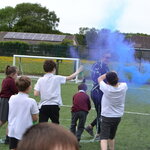